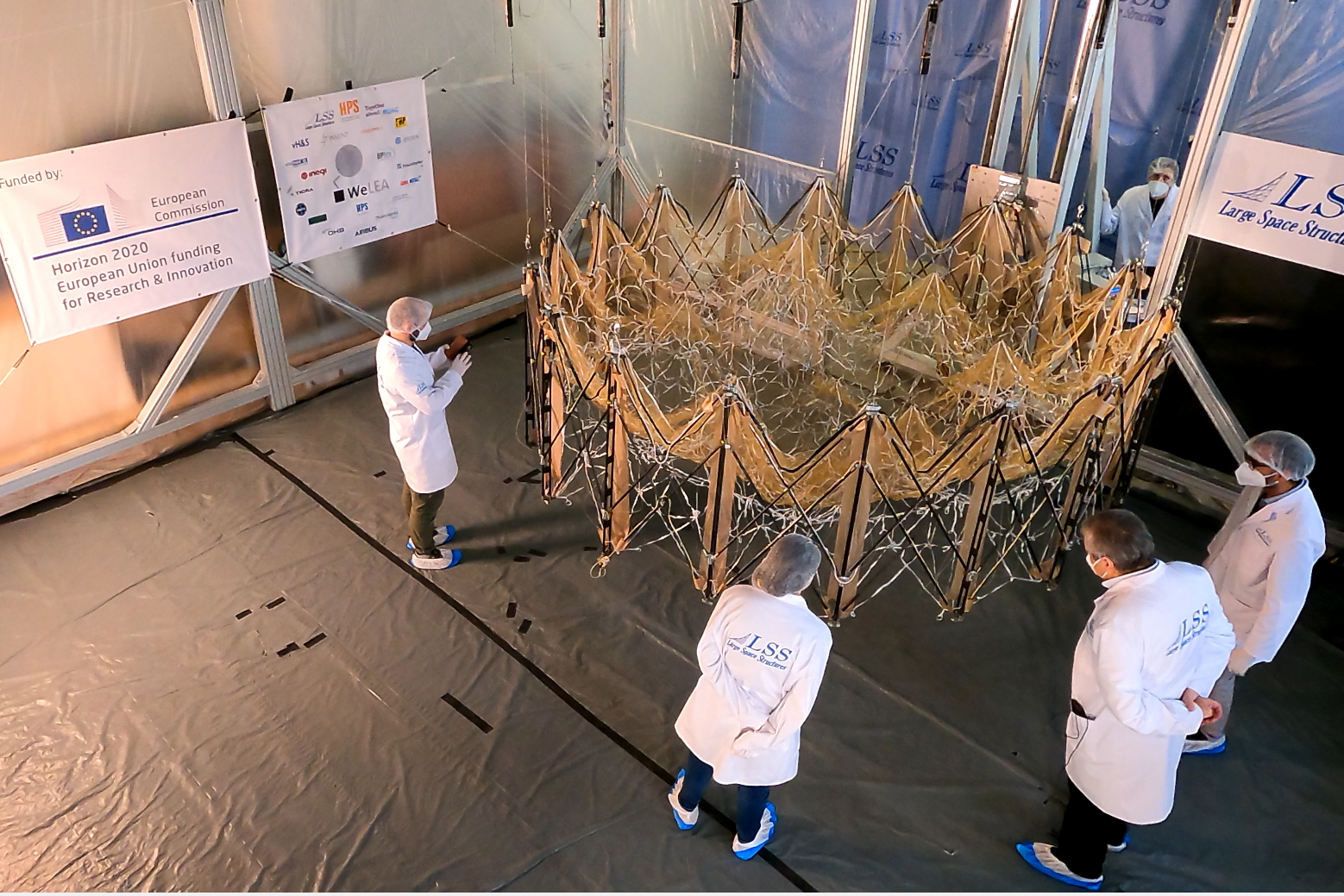 LSS GmbH has developed this Large Deployable Reflector (LDR) in the frame of the EC H2020 Large European Antenna (LEA) project, in a consortium led by HPS GmbH. This milestone is a crucial step towards the development of LDR European technology for non-dependence in space, an effort largely supported by the European Space Agency and the European Commission.

Large Space Structures GmbH (LSS) is a company based near Munich, Germany, founded in 2012 as a spin-off of the Technical University of Munich where its staff had been working on deployable reflectors and advanced composite membranes for more than two decades. It inherited from its academic background a very strong R&D philosophy, still developing break-through materials and technologies in partnership with various institutional, industrial and academic institutions from 0.5 m to >12 m reflectors and from P to W-band.