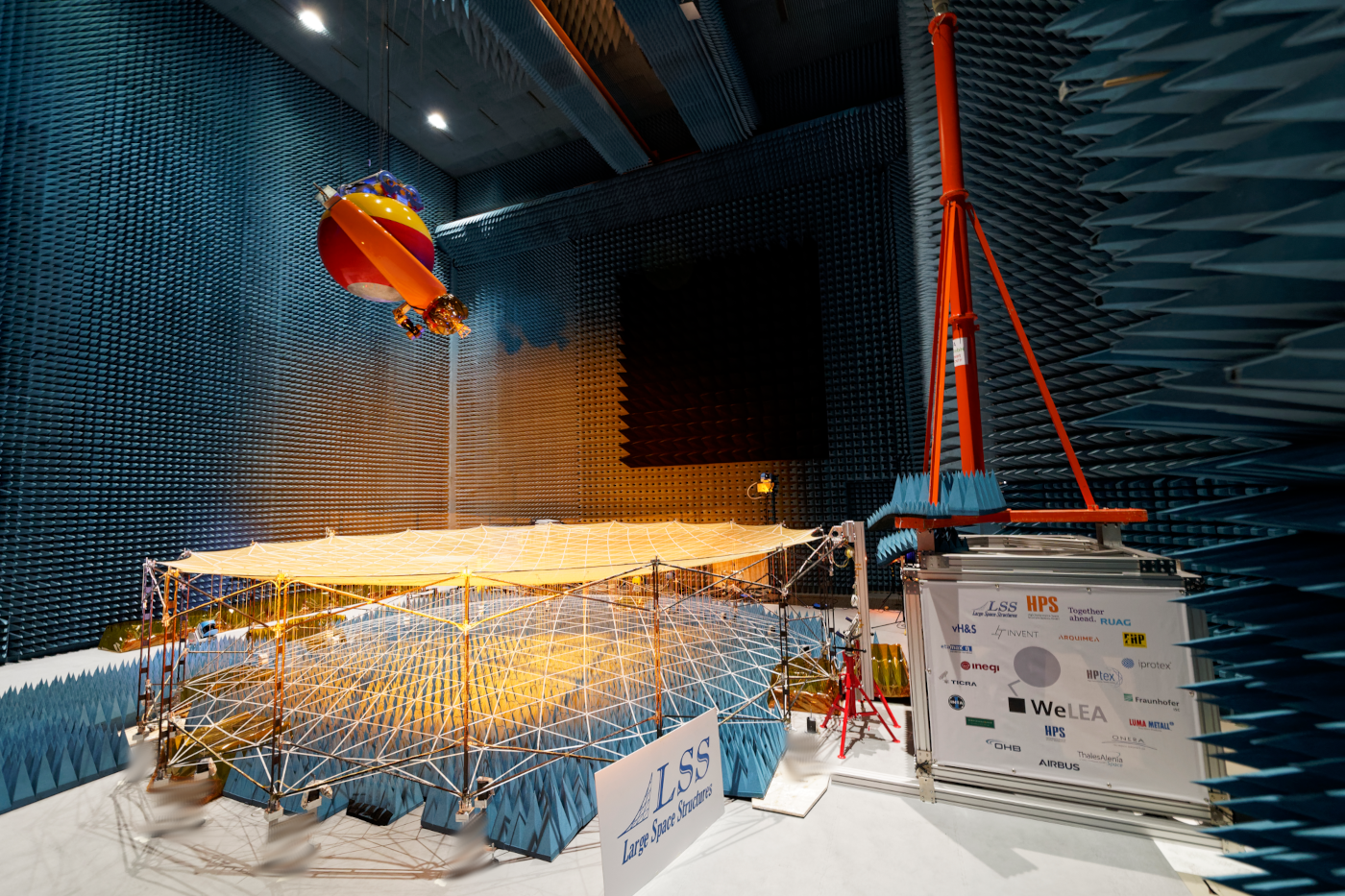 Thanks to the dedicated work of partners (HPS, vH&S, INEGI, FHP, RUAG and TICRA amongst other) and its internal team, Large Space Structures GmbH celebrates today a major milestone achievement: the completion of the Design, Analysis, Manufacturing, Assembly and Integration of a X-band Large Deployable Reflector (LDR). Radiofrequency tests to demonstrate the performance of the antenna reflector are currently underway at Airbus Defense and Space GmbH in Munich, as shown in the video below graciously provided by HPS GmbH.

LSS GmbH has developed this Large Deployable Reflector in the frame of the EC H2020 Large European Antenna (LEA) project, in a consortium led by HPS GmbH. This milestone is a crucial step towards the development of LDR European technology for non-dependence in space, an effort largely supported by the European Space Agency and the European Commission.